The Cake is a Lie?

The cake is real!

Turbulenz has just pushed an online multiplayer version of Score Rush out as a public beta. They wish to test scalability of the multiplayer component. They've tweaked a few things, such as making it much easier to join into a game. Try it out!

Send them your feedback by posting on their main page: turbulenz.com. One click send. Easy!

The coolest thing of all, is Ian Ballantyne of Turbulenz made a Score Rush cake! How cool is that? I cannot explain what it's like to see a cake verison of your own game. And we cannot express how much we appreciate this! Thank you Ian, and thank you Turbulenz! P.S., the cake is officially called "Score Rush Multi-cake"! :) 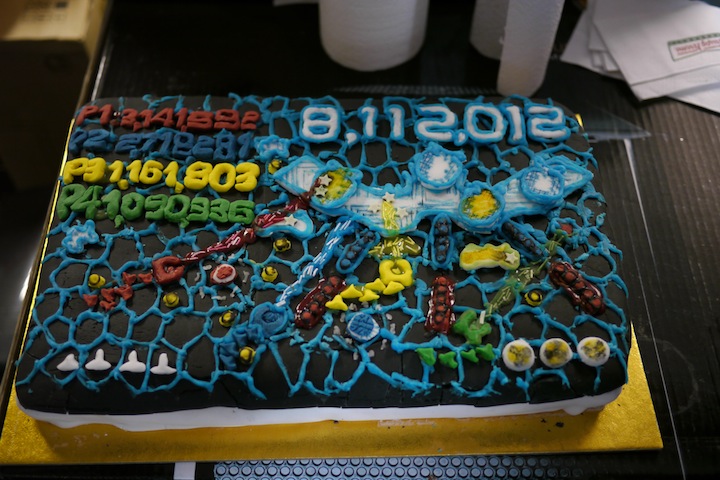