Futurprenuer, who has funded us and helped make Score Rush Extended a reality on PS4 and blogged about us, has blogged about us again: Xona Games: Making a Hobby a Business!

Here is the full text (links added by us): 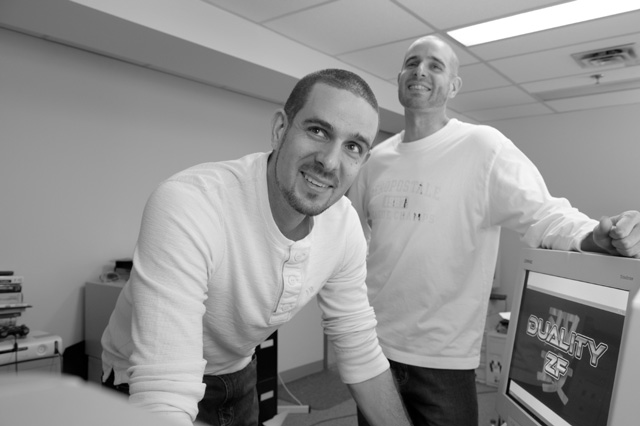 His passion for games began at seven-years-old when he was just in grade two, where Matthew Doucette and his twin brother worked side-by-side creating games, programming graphics, and more. The pair were both passionate about coding and the creativity it allowed them. This passion is what led Matthew to start his own business, Xona Games, an indie game studio based in Yarmouth, Nova Scotia down the road.

The inspiration for becoming his own boss came from the desire to be able to create his own games rather than be paid to make someone else’s. “My life has been filled with working on my own projects,” he explained. “It had nothing to do with financial gains and everything to do with creativity in my own interests.”

One of the initial challenges when Matthew leaped into entrepreneurship was realizing that when you turn a passion into a business, you are going to need to focus on the business, and sometimes more than actually doing what you wish to do (like making games). “I could easily spend all of my time on the business stuff, which defeats the purpose of having the business to make games,” he said. But despite this adjustment, Matthew has managed to grow Xona Games to garner international attention.

In particular, Xona Games has reached great success in Japan, where the gaming culture was essentially invented. “It remains one of the most hardcore skill-based gaming cultures,” Matthew described. Xona Games has had many of their games reach number one in Japan based on user ratings and sales and Matthew explains that as being one of the biggest milestones for him and his company.

But reaching a high popularity status in Japan isn’t the only thing he’s proud of. Earlier this year Xona released their game, Score Rush Extended on PS4, which is the sequel to their game, Score Rush, which they previously released on Xbox 360. “Releasing on consoles can be some of the most challenging releases of all,” he explained. “Fortunately for us, Sony invited us on their PS4 platform and Microsoft accepted us as one of the first 50 studios worldwide on their Xbox One platform.” Without getting into too much detail, Matthew describes this taking everything they had as a business and they are incredibly proud of the accomplishment.

Matthew describes that without the help of Futurpreneur Canada the launch on PS4 may have not happened. “Futurpreneur essentially protected and ensured the launch of the title,” he explained. He also shared how valuable his mentor has been to Xona Games. “Xona Games would no longer exist without our mentor, and this is not an exaggeration.”

If Matthew’s story of building Xona Games isn’t inspiring enough, he left other aspiring entrepreneurs with this advice: “Always take the business seriously. Have a business mentor and enact proper business decisions. Treat your business like a business. Positions within your company for friends and family should be created with contracts that would work for anyone, complete with exit strategies. Think of creating a business that can continue to survive if you or your partners left.”

Thanks again to Lauren Marinigh for featuring us!